Subtitle: How to disable Google Now Cards (that keep annoying you) when you swipe left (right? up? argh, fuck this shit!)

I own an Android phone.

In an effort to get rid of a feature that came with updates I’ve been going through dozens and dozens of settings. Unsuccessful, at wit’s end, writing angry loner feedback to Google support (also known as /dev/null) begging for them to make it easy for users to opt out of what I consider intrusive garbage when it turns out I can simply replace the launcher.

KISS is a programming principle that stands for “Keep it simple, stupid!” The KISS Launcher code is GPL and available on GitHub. The Kiss Launcher app is available for free on Google Play.

My wife’s Japanese comic about our family is a responsive website.

A cool trick I learned at ConFoo while listening to Christian Heilmann speak was that I could leverage built-in mobile technology by simply adding a manifest.json file to the code.

A manifest turns a responsive website into an installable app. It lets users add it on their mobile phone’s home screen. When they launch the site it gets a splash screen and runs in full screen mode, basically behaving like a native app.

Caveat: For this to work HTTPS is required. Use certbot if you don’t already.

I used Manifest Generator to get started and it was easy. According to the ConFoo talk Bing indexes sites with manifest.json files and prioritizes them as smartphone compatible. A simple SEO win?

Now my family’s manga is an app. Horray for the open web!

On Android you can spellcheck multiple languages by switching to them, on-the-fly, using the space bar: 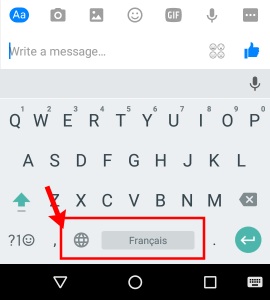 To set up this feature go into settings under “Language & input” then select “Google Keyboard:” 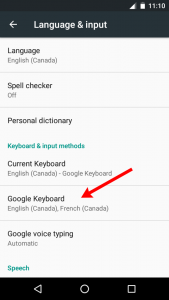 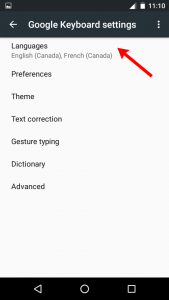 Disable “Use system language” and select the languages you want to spellcheck against: 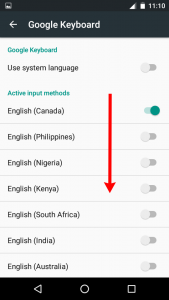