Parsedown Party is a new WordPress Plugin I wrote with PHP namespaces, Composer support, 90% code coverage, and Travis-CI for automatic testing and releases.

While writing this Plugin, I settled on some WordPress coding conventions that I’d like to talk about.

One of the weirder things I read as a WordPress Plugin developer are tips such as “prefix all your function with name_” or “put all your functions in a class and declare them as static.” This advice is to prevent code collisions with the other 53,123+ Plugins available for WordPress. Big number.

On the other hand, Packagist lists 164,796+ PHP Composer packages, does not follow the aforementioned recommendations and has no such code collisions. Why? Because they use namespaces.

PHP Namespaces have been available since 2009. Other programming languages such as Java or Perl have had them for longer. WordPress Core doesn’t encourage PHP Namespaces but the syntax is fully supported.

If my class is a bunch of static methods and nothing else then I am doing it wrong. I should instead write a library of functions. If I’m afraid of function name collisions then I should use Namespaces because they solve that exact problem and they work fine with WordPress.

Another odd thing I see while browsing OPP (other people’s plugins) are objects with “mostly” static methods.  There is some object-oriented approach to the design but most of the methods are static because they hook into actions and filters.

I think that an object in a WordPress Plugin should have, at most, two static methods. Every other method in a class should be public, protected or private.

There are very few cases where static methods are necessary. Most of the time public methods can be used. At worst, namespaced functions can invoke objects as needed and these concerns should be separate.

Here’s an example of what I mean (the code must also have PHPDoc comments  but for brevity, I have omitted these):

The first static method, init, is hooked into one of many available launch points like plugins_loaded, after_setup_theme, or init. Because these actions happen before everything else a second static method, hooks, can do the rest of the work from inside the object itself.

Admittedly, even if I am down to just two static methods, they are gross. Glaring problems include “Singletons are evil” and not using Inversion of Control.

I’m very happy with this code style and I will be using it moving forward.

The WordPress REST API has been available since 4.7.  It’s robust, consistent, and nifty to work with. Why? Backend and mobile developers can use other frameworks while still keeping WordPress around for their customers. Frontend developers can build sites using JavaScript without having to touch PHP. Up is down, left is right, dogs and cats living together… Let’s get started!

WP API is self-documenting. Send an OPTIONS request to any endpoint and get back JSON Schema compatible info on how to use it:

To get the entire API schema in a single query, add context=help at the index. (Ie. http://site/wp-json?context=help )

WP API items have a _links node based on HAL (Hypertext Application Language):

To reduce the number of HTTP requests use the _embed parameter to tell the API that the response should include embeddable resources. 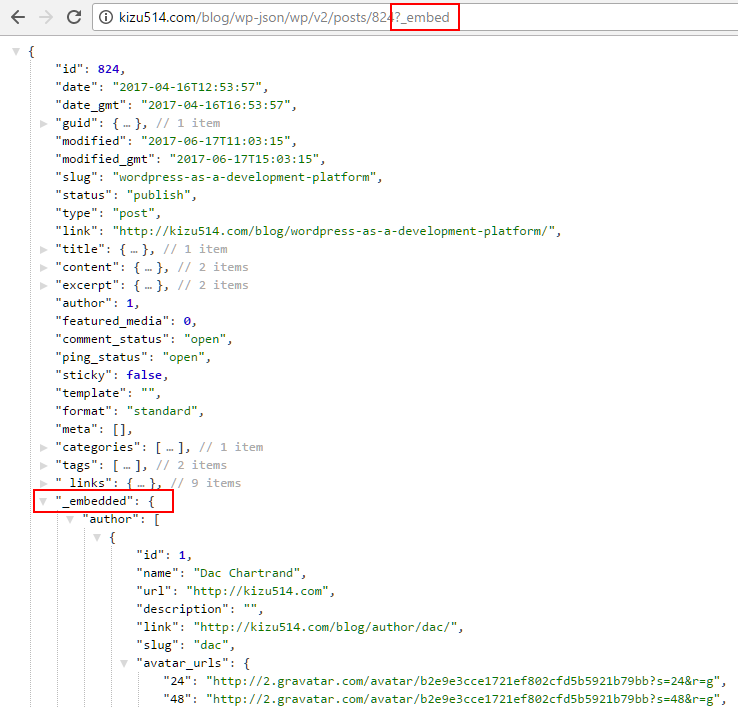 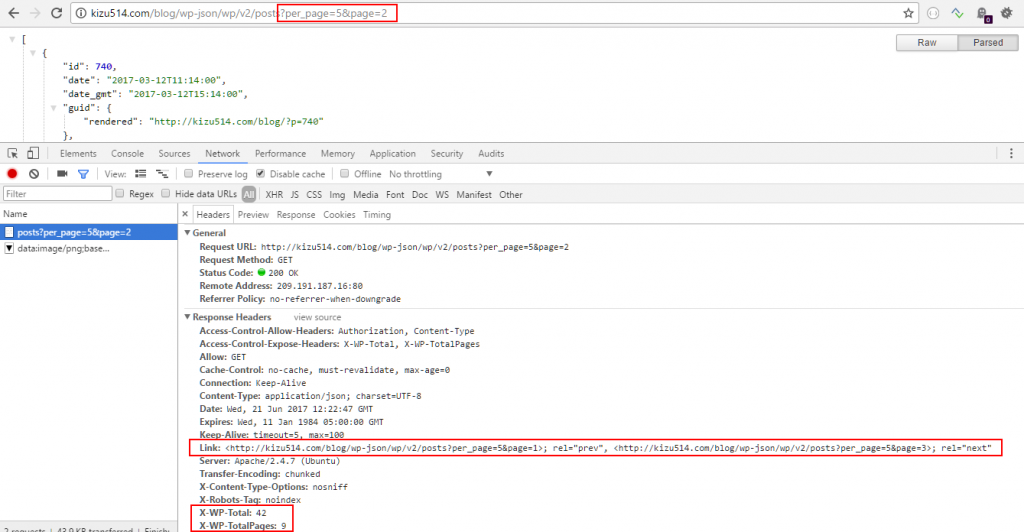 WP API renders JSON in a generic way that does not match the DB columns. Keep calm and RTFM:

Setup the Basic Authentication Plugin on your development environment.

In YARC, add your credentials: 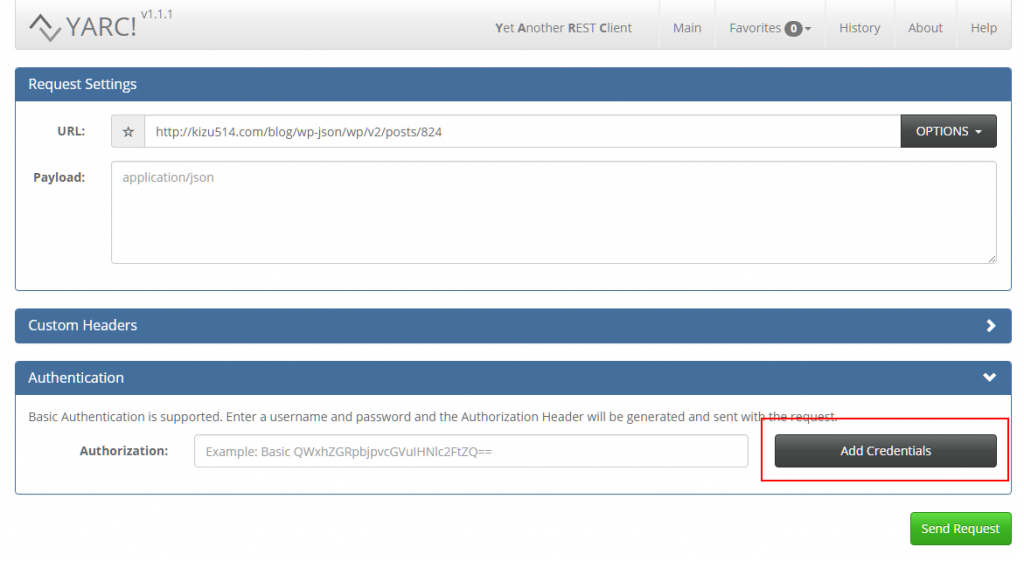 Send an OPTIONS request to a post endpoint. The response will contain, among other information:

Translation: The API client can send a PUT request to change the title.

In YARC, send a PUT request with the following JSON to the endpoint:

Congratulations, you just changed the title.

…cue the sound of a thousand keyboards furiously hacking.

Open wordpress-develop/tests/phpunit/includes/phpunit6-compat.php in a text editor.

PHPUnit version 5: Comment out the class_alias() functions in phpunit6-compat.php because these break PhpStorm code completion. (These files aren’t actually used by the testing framework, we only downloaded them so they could be included in the Project Configuration’s Include Path.)

PHPUnit version 6 and up: Do the same thing as PHPUnit 5, the paragraph above, except leave this line uncommented:

In PhpStorm, go to: Settings -> Languages & Frameworks -> PHP and add wordpress-develop/tests/phpunit/includes to your Include Path.

Use WP-CLI to generate the tests scaffolding.

Write tests that extend WP_UnitTestCase. Look at the code in wordpress-develop/tests/phpunit/tests for examples.

Many people dislike WordPress code. It’s no secret that for contemporary PHP developers WordPress feels antiquated. The founder of WordPress was even once-upon-a-time vocal about not keeping up to date with the PHP eco-system because reasons.

Times changed. So did PHP. So did WordPress.

To give credit where credit is due, the reasoning behind WordPress’ conservative change management is sound. They don’t want to mess with their insanely huge user base.

WordPress powers 30% of all websites on the internet.

That’s a lot of users. By choosing WordPress as your development platform you get massive traction for free.

But… that code. Ugh!

The good news is that when you develop for WordPress you don’t ever touch WordPress code. Instead you write a Plugin. [1] I put forward that in 2017 nothing is stopping you from writing a good, clean Plugin other than yourself.

WordPress is PHP 7 compatible. . Running on either vastly increases performance.

It follows that if your environment is PHP 7 then you get the syntax.

WordPress’ answer to Event Dispatcher (and/or Observer) are the add_action() and add_filter() functions. These functions are compatible with closures.

Or *any* standards compliant PHP 7 code you want to write.

With thousands of actions and filters available, pretty much any part of WordPress can be changed.

WP-CLI is a set of command-line tools for managing WordPress installations. It simplifies many developer and deployment related tasks and makes unit testing your plugin possible.

Bedrock and Trellis for the win.

WordPress is licenced under the GPL. This still matters.

Developers rejoice, WordPress is moving forward, kicking and screaming as we drag it into the future.

The wp-admin panel is already password protected in that you are required to login. Sometimes that’s not good enough. This tutorial explains how to add an additional layer of authentication to the login process, essentially blocking wp-login.php requests from annoying bots or other malicious users.

Important! Under Whitelists I have added entries for admin-ajax.php, *.css, and a regular expression for images. This unblocks WordPress’ AJAX functionality used by certain plugins, as well as CSS and image files certain themes may be importing. Without these you risk breaking your site.

Append the following to your existing WordPress .htaccess file one parent folder up (Ie. /path/to/your/site/.htaccess):

Last week I needed a way to use Blackfire.io to profile a POST action in the WordPress administration panel.

I thought Blackfire.io would be able to handle POST the way Xdebug does: Generate a different cachegrind file for every PHP invocation; but alas, Blackfire.io currently only does static webpages, command line, or API calls. In theory I could have used “Copy-As-cURL in your Browser” (and believe me I tried) but in practice the WordPress admin is stateless (no $_SESSION), uses check_admin_referer() all over, making whatever POST action I was copying as cURL useless.

My solution was the following hack:

Where `wp` is WP-CLI, `eval-file` loads and executes a PHP file after loading WordPress, `–url=` is the the current site I want to profile on a WordPress multi-site install, and `test.php` is a script containing only the functionality I want to profile.

The profiler data gave some bogus results (Ie. a lot of WP-CLI bootstrapping gets flagged as slow) but at least this was better than nothing.

In the future, it would be great if Blackfire Companion had some sort of option to profile “the next action,” or to “start profiler on submit,” or something other than reloading the current page… Ping SensioLabs? 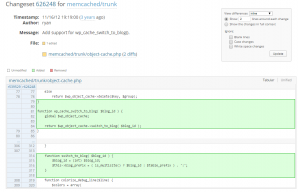